It's a book blast and there's a fabulous book being featured. The Deepest Dark by Joan Hall Hovey. Very cool!! You'll want to keep reading. Why? There are prizes up for grabs. Like? Joan will be awarding a Still Life by Jean Baptiste Oudry from Metropolitan Museum of Art - US, Canada Only. 10 1/2" x 8" Violin, Sheet Music Laminate to a randomly drawn winner via rafflecopter during the tour. How cool is that?!?!? Want more chances to win? Follow the tour. You can do that right here: http://goddessfishpromotions.blogspot.com/2016/08/book-blast-deepest-dark-by-joan-hall.html

Following the deaths of her husband, Corey, and ten year old daughter Ellie in a traffic accident, author 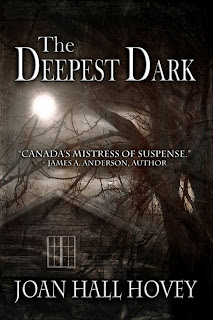 Abby Miller sinks ever deeper into depression. She contemplates suicide as a way to be with them, and to end her unrelenting pain.

In a last desperate effort to find peace, she drives to Loon Lake where they last vacationed together, wanting to believe they will be waiting for her there. At least in spirit. Barring that, the pills Doctor Gregory gave her to help her sleep, are in her purse.

The cabin at Loon Lake was her and Corey’s secret hideaway, and not even Abby’s sister, Karen, to whom she is close, knows where it is.

But someone else does. He is one of three men who have escaped from Pennington prison. They are dangerous predators who will stop at nothing to get what they want - and to keep from going back to prison. Having already committed atrocious crimes, they have nothing to lose.

Unknowingly, Abby is on a collision course with evil itself. And the decision of whether or live or die will soon be wrenched from her hands.

"...Joan Hall Hovey knows suspense. She keeps it simmering in every scene she writes and knows just the right moments to turn up the heat and bring it all to a boil. THE DEEPEST DARK is a terrific suspense novel." James Hankins, author of BROTHERS AND BONES and SHADY CROSS

"...readers will be chilled as they root for Abby to take back her life and escape the Loon Lake cabin alive and breathing. Once the first page is read in this one, nothing will be able to draw your attention away..."

Reviewed by Amy Lignor, author of "The Charlatan's Crown," published by Suspense Publishing, an imprint of Suspense Magazine

The three dark figures moved quietly among the shadowy, rain-dripping birches, pines and alders toward the old farmhouse where amber lights glowed in the two lower windows. They crept with the stealth of foxes intent upon the chickens in the hen house, hungry and deadly, already tasting blood. And the Nichols’ actually did keep a few chickens of their own, mainly for the fresh eggs, but not altogether for that reason. They liked seeing them clucking and pecking about the yard; they were good company and cost only a bit of seed. Once, they had operated their own farm, and a fair sized one it was, too. These days they kept a small vegetable garden and Ethel Nichols tended the flowers that grew along the walkway and in her window boxes, mainly morning glories in heavenly blue and pansies in shades of lavender and sun-yellow.

In their early eighties now, and in relatively good health, they were enjoying the fruits of their labor in these latter years, including the big screen TV on which they were presently watching an old rerun of All in the Family, one of life’s pleasures that Hartley and Ethel shared. …

When the commercial came on, Ethel rose from the big stuffed chair across from her husband’s Lazy Boy. She was white-haired, ample of figure, and quick to smile. “Cup of tea, Hartley?”

He looked in her direction and grinned mischievously. Though his own hair had long gone and he walked with a limp, to Ethel he was as handsome as the first time she saw him walking into Mr. Biggar’s class in grade nine. She could still see him as he was then, tall and lean, with a thatch of fair hair fallen over his brow.

“Wouldn’t mind having just a tiny slice of that apple pie you baked to go with my tea.” An affectionate coaxing twinkled in blue eyes that had faded only a little over the years.

Looking at him, she mentally shook her head. He knew he had trouble getting to sleep if he ate after he’d had his supper.  “Sure,” she said. And it will be tiny, Mister Nichols, you can bet on that.  She had started for the kitchen when she stopped in the doorway between the living room and kitchen, thinking she’d heard a noise outside. She listened. Heard it again. A squeaking of the porch swing chain?

“Did you hear that?” she called into the living room.

Joan Hall Hovey is the definition of an ‘artist’. From her writing that has taken the form of

suspense novels, as well as short stories and articles, this woman has not only taken the suspense world by storm, but also dabbles in the theatre community. In addition to it all, Joan takes the time to work with other authors, giving them the information and help they need to embrace their talent and become a part of the literary world.

Born and raised in Saint John, New Brunswick, Joan has a family she adores; including, Scamp, the family dog. She is blessed to look out every day at the tall pine trees and the stunning view of the Kennebecasis River. But although that view is certainly inspiring, her fans will tell you that it is Joan’s view – the scenes and characters within her own creative mind – that is truly unforgettable. This is a talent who brings vibrancy to the page, creating locations that, even in the light of day, chill fans to the bone.

An insatiable reader, the works of Poe, King, and other masters of the mystery world, inspired Joan to write. And now, with her latest novel – THE DEEPEST DARK – she once again hits the nail on the proverbial head, drawing readers into a world of fear that will leave them absolutely breathless.

Available at most online bookstores.
Published by Books We Love Inc.


Listen to the Shadows 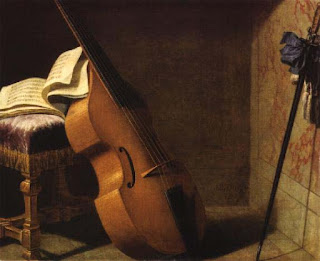 Thanks for hosting my book tour for The Deepest Dark. Much appreciated. And thanks. Goddess Fish.