Fiona Jayde Blogs About Jetes, Plies and Danger: Behind the scenes of Pas De Deux

Jetes, Plies and Danger: Behind the scenes of Pas De Deux...
Want to know more? Then keep reading. Fiona Jayde, author of Pas De Deux available through Samhain Publishing, stops by today to talk about her book and more.


Here's the blurb:
One wrong move, and she could be dancing on her grave…

Two years after an injury put her dancing career on hold, Lynnrina Kovaleva is determined to reclaim her place on the stage. On the eve of her comeback production, she takes the edge off her nerves with a one-night stand in the strong arms of celebrity bodyguard Mateo Rivera.

Ex-cop Mateo is celebrating one hell of an anniversary: eight months since he was declared unfit for duty. When a delicate beauty boldly propositions him in a bar, he chooses to lose himself in her body rather than lose his mind to alcohol. This choice comes back to haunt him when he’s hired to protect a prima ballerina who’s been receiving threats.

Despite her shock at seeing him again, Lynn must not allow their intense attraction—or any creepy fan letters—to undermine her performance. Mateo can’t reconcile this coldly focused dancer with the passionate woman who seduced him. Yet he sees fire under the ice, pain hidden by the smooth mask of perfection.

The vivid memory of their entwined bodies wars with the job at hand, but he must keep Lynn safe—regardless of the cost. The most difficult challenge, however, will be keeping his hands to himself.

Warning: Contains jetés, pliés, a chilling touch of danger, and the boiling heat of an unwanted attraction that combusts into passionate sex.


Sound exciting? Keep reading to see what Ms. Jayde has to say. 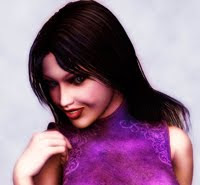 Jetes, Plies and Danger: Behind the scenes of Pas De Deux

Three elements comprised Pas De Deux: One false start, one right start, and research into the world of ballet.

The false start comprised of me putting my ballerina heroine out of her element, into a Vegas exotic show. I actually wrote the first scene with Lynn in Vegas, preparing for her audition and downing chocolate martinis. The problem? My own muse. She doesn't communicate with me too well - all she does is shut up when things don't go as she wants. I've actually learned to be very attentive to these silences - if the words dry up, its usually for a reason. (Some of my fellow authors may hate me for this, but I don't believe in writer's block. In my case, writer's block is simply going in the wrong direction which can be fixed by changing paths.)

So there I am, with the first scene fresh in my hot little hand, Lynn the Ballerina in Vegas, lamenting about her past career but determined to dance, even if to be the only classical ballerina in an exotic show. And while I love the idea of a ballerina out of her element, the words didn't flow after that first scene. The idea - which I still think is terrific - was more suited for a romantic comedy, in my mind. A classy elegant naive young lady learning from the raunchy exotic dancers what the world is really. The problem was - there was no danger. There was no kicking ass. And kicking ass is part of my writing brand:)

Having figured this out, I've reassessed my idea. I still wanted to do something about Ballet, and I needed to include some ass kicking. (Now, ass kicking can be mental as well as physical - I'm really not picky about that part. I just love strong determined heroes and heroines). In the new start, the ass kicking came in my heroine's determination. She needed to prove herself all over again (and this is where family pressure and attraction and a love of chocolate came into play - all these things that make us imperfect and wonderfully human.) Lynn was determined to kick ass with her performance and nothing would stop her - not creepy fan letter, not the attraction to her hotter then hot bodyguard Matteo Rivera. And especially not when said bodyguard tried to keep her from her performances for safety's sake. She wasn't having it, regardless of her feelings for Matteo.

The third element - the research - was the best one. As some of you know, I'm a big proponent of Netflix as a tool for writer's research. Lucky for me, they have a terrific Arts section - which was extremely useful in terms of delving into the world of ballet.

This is where I make a confession - though I am Russian, having been born and partially raised in the country, I have no knowledge of ballet. Nothing. Nada. In fact, I think my Mom took me to a class once when I was little, but I was kicked out because I wasn't flexible. I couldn't touch my toes or get into the first position. So I needed all the research help I could get :)

The resulting story comprised all the elements I - or should I say my muse - looks for. A determined kickass heroine, a hot intense hero determined to protect her from danger, and a glimpse into the world of ballet.

The more you comment, the better your chance to win!

Thanks Fiona for stopping by. Can't wait to get my copy!
Posted by Wendi Zwaduk and Megan Slayer at 4:00 AM

Great post Jade! Can't wait to get my copy of Pas de Deux. Make yourself comfy and have fun here.

Hi Wendi!! Thanks so much for having me!

I love a bit of suspense. From what I've read I know these two are going to be great together.

Great Fiona! As a dancer who studied ballet for a big part of my life, I can't wait to read this! I'm so glad you did the research into the world of ballet. Good luck with the book!

This sounds like a very interesting read. I like the premise of the disciplined balerina who lets the woman out for one night and then has to come face to face with the hero afterwards. I'm fascinated with ballet so this should be very interesting to read

Great post! Lots of work to do for you
debby236at att dot net

Wow! This sounds incredible--I love stories with dancers as the characters. Best wishes, and I can't wait to get a copy of this!

@Kaye - man, I should have pinged you while I was researching! LOL Thanks!

@Maria - thanks! I love that premise as well - someone who decides to let go for one night and then ha

Dancing and danger - sounds like a fascinating combination! Reading the blurb made me want to read more. :)

I've loved having you here, Fiona. Stop back any time!

Hi Fiona & Wendi! I enjoyed reading about your process and can totally relate with the dancing comments... I danced for 6 years and still feel inept and off beat. I look forward to this hot read.

Thanks for the info. I'm always on the lookout for new books to read.

I've never read a novel where dancers are the central characters. I look forward in reading this.