Book Blast - Blood of the Hunted by Marc R Micciola

This post is part of a virtual book tour organized by Goddess Fish Promotions. Marc Micciola will be awarding a $25 Amazon or B/N GC to a randomly drawn winner via rafflecopter during the tour. Click on the tour banner to see the other stops on the tour. 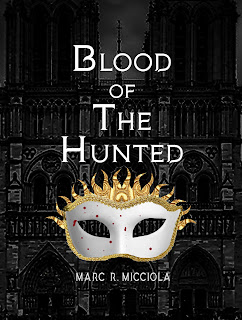 The Resistance Is Rising

Weylyn, Olwen, and other members of the marginalized and subjugated group known as the Tóráin are trying every day to gain equality and freedom. Their enemies, which consist of vile human monarchs, their soldiers, and a masked witch assassin known only as The Dove, continue to tighten their grip around the necks of the Tóráin.

Leading The Resistance, Weylyn and Olwen endure many trials that test them physically and mentally, relying on their loved ones to keep them from losing hope. They both wish to see a time of equality and peace, but to achieve that requires more than what they have. Desperation leads The Resistance to find new allies all across the continent of Kosavros with the goal of finally defeating their oppressive overseers.

Their fight for freedom and respect leads Weylyn and Olwen down paths that open their eyes to new dangers, both involving themselves and the rest of the world. However, they do not waiver. For the Tóráin are known for their resilience, and they have already endured much. What comes next will be hard, but they’re ready to fight for their lives. Together.

I considered myself a fair-sized lycan. It wasn’t common for others to be taller or stronger than me, so fighting someone who was both of those by a wide margin was a difficult task. We wrestled on the floor for only a moment before he threw me off him, sending me down the hallway we had come from earlier. Quickly recovering, I kept my eyes on Greagoir as he got to his feet and growled. Both of us charged at each other this time, the hallway wide enough for Greagoir’s large frame. Right before we collided, I pounced on the wall and leapt off it, bringing my arm under Greagoir’s chin and dragging him down to the ground. He roared as he fell onto his back, clearly unhappy that he was bested. Foolishly, I had admired my good work too long, and Greagoir spun around, swiping at my legs with his massive arm. I fell, landing on my ass. Now on all fours, the large lycan clawed at me. He just missed my thigh as I pushed myself back and away from the small knives he called claws. I tried to get to my feet, but before I could, Greagoir leaped from his crouched position and caught me. He pinned my arms down with his massive hands and reared his head, showing off his teeth during a thunderous growl.

“A good try, but you can’t kill me. Around here, I do the killing.” 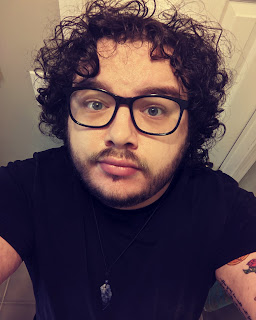 Marc R. Micciola lives in Ontario, Canada with his two dogs Rielly and Ace. He has a great passion for hockey, movies, and books. He possesses a book collection consisting of a multitude of fantasy stories. Many of these novels are from his favorite authors: Mark Lawrence, George R. R. Martin, Tom Lloyd, and J. R. R. Tolkien. His prize possessions are his two replica swords from the Lord of the Rings films and his growing number of fountain pens. When Marc isn’t writing, he’s spending time with his dogs, his family, and his friends. Photography and wood art are other things that Marc enjoys doing. Marc’s goal when writing any book is to put together a story that is enjoyable, emotional, and intriguing. If the words on the page make you feel something, then this author feels he’s done his job.

Buy the book at Amazon.