The Basement by Dianne Hartsock

This post is part of a virtual book tour organized by Goddess Fish Promotions. Dianne Hartsock will be awarding a $20 Amazon or B/N GC to a randomly drawn winner via rafflecopter during the tour. Click on the tour banner to see the other stops on the tour. 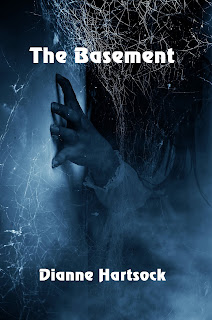 Alex is haunted by visions of the dying, but now it seems the ghosts he’s seeing are real as well.

In this sequel to ALEX and THE SHED, Alex wonders if he’s seeing ghosts. His friend Justin has bought the Fulton place, a beautiful old mansion on the edge of Oakton. But something’s wrong in the house. Alex has visions of a small boy, trapped in the basement, and a man at the top of the stairs who won’t let him leave.

And Logan Fulton has come to town, Helen Kramer’s cousin, a psychic medium who wants something from Helen, whatever the cost. He and Helen had spent time in the Fulton house as children and Alex suspects Logan has something to do with the spirits now awakening in the old mansion. But whether Logan is calling them forth or if something else is controlling them, Alex can’t be sure.

The child’s spirit calls to Alex, as do others trapped in the house. There is a dark entity holding them there, keeping the child forever in the basement, the others for his amusement. But Alex has never believed in ghosts, so what is really going on? As he strives to learn the boy’s secret, his friends are one by one pulled to the Fulton place and put in danger while Logan works against Alex, having an agenda of his own. Will Alex be able to solve the haunting of the old house, or will he and his friends be taken one by one, doomed to walk the dark hallways forever?

Alex gasped, the frigid air, a knife in his chest. Where was he? Oh God, where had his vision taken him? His breath came out a plume of smoke when he exhaled, hiding the scarred wooden door in front of him for an instant. The solid wood, once painted white, now peeled in flakes, dark blotches marring the bare wood underneath. Black stains discolored the hardwood floor at its base as if something had splashed against the door and dripped down… Blood.

A shudder swept through Alex, his skin crawling as the cold air congealed. Anticipation, sharp as a razor, scraped his nerves. Something was coming. He blinked his eyes, wanting to wake up, leave the images growing more real by the second. His soul had traveled to that well to see Christopher. Was the same thing happening again? Was he really in this house, the horror forming an actual presence? He wanted to go home.

Too late. Hatred, hot and violent, struck him, and he staggered backward, horror building in his mind as a black shape took form before the door. A hand reached from the darkness, white, old, gnarled, the flesh shriveled into a claw, nails sharp and wicked. Alex took another step back, a scream catching in his throat at the malevolence surrounding him. The thing would rake his flesh, rip his heart out, anything to stop him from…

Alex paused, the world growing still, the cold settling on the ground in a thick fog around his feet. This was about the door. 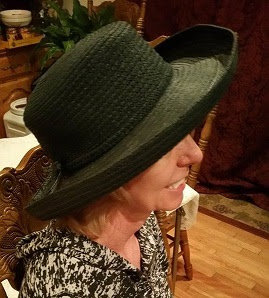 Dianne grew up in one of the older homes in the middle of Los Angeles, a place of hardwood floors and secret closets and back staircases. A house where ghosts lurk in the basement and the faces in the paintings watch you walk up the front stairs. Rooms where you keep the closet doors closed tight at night. It’s where her love of the mysterious and wonderful came from. Dianne is the author of paranormal/suspense, fantasy adventure, m/m romance, the occasional thriller, and anything else that comes to mind.

Thank you so much for hosting me today!

This sounds interesting and suspenseful. I look forward to reading it.