This post is part of a virtual book tour organized by Goddess Fish Promotions. Cadence Vonn will be awarding a $10 Amazon or B/N GC to a randomly drawn winner via rafflecopter during the tour. Click on the tour banner to see the other stops on the tour. 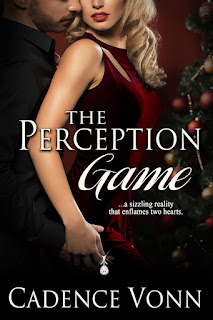 When it comes to sex, school teacher Camille Weatherby considers herself an exhibitionist. She refuses to allow anyone to control her life, and relationships are out of the question. Any affairs are one-night stands, and the only thing that matters is the pleasure she garners from the thrill of possibly being caught. But an encounter with a hot stranger at a costume party leaves her disregarding that rule.

Millionaire bad boy Garrett Gerard craves control, especially in the bedroom, and money buys what he enjoys. His indiscretions have caught up with him, and his father presents an ultimatum--straighten up or lose the chance to be president of the family business. Camille tests his willpower, and he can't resist showing her what it's like to be with a dominating lover.

When their fling is discovered, Camille and Garrett are forced to fake an engagement to save their jobs. But the more they’re thrown together, the more sparks fly.

Garrett’s large frame had her caged in between his arms. The meaning of his look triggered spasms of desire between her legs. He lowered close to her face, near her eyes, and she closed them. His warm lips placed soft kisses against her eyelids.

He moved lower and teased her mouth with a swish of his tongue and then a searing, deep kiss that drove the heat from her lips out over her body until she burned from his touch. When he released them she panted as he continued his descent. 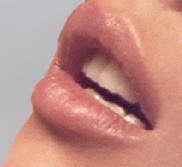 Cadence has been involved in the arts since she could pick up a crayon. She has a BFA in photography and silversmithing. If you get a glimpse of her notebooks you’ll discover she’s an accomplished doodler. She channels her daydreams into sizzling hot romances. Now she is living her dream with her husband on Whidbey Island with a view of Puget Sound outside her door.

Thank you for being a part of my book birthday!