This post is part of a virtual book tour organized by Goddess Fish Promotions. Liza Malloy will be awarding a $10 Amazon or B/N GC to a randomly drawn winner via rafflecopter during the tour. Click on the tour banner to see the other stops on the tour. 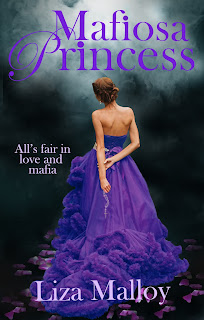 Two men love her. But only one truly knows her.

College Junior Giada Conti wants nothing more than to pursue a normal life fueled by her own choices. Unfortunately, she doesn’t realize her father’s business isn’t completely lawful, or how that fact will completely dictate her future.

Pre-law student Adrian Patras is certain Giada is the perfect woman for him, until he meets her family and grasps the extent of his girlfriend’s naivete.

As Adrian finds himself unwillingly pulled into the family business, Giada grows frustrated with his insinuations about her father. Meanwhile, Giada’s ex, the notorious Luca Marino, pops back into her life with his own criminal agenda that includes winning her back.

Mafiosa Princess is the captivating first book in the steamy mafia romance series that you won’t want to put down.

He pulled out a magazine and began flipping through it. Based on the ferocity with which he turned the pages, he was still angry.

“So about the villa…” I began timidly.

He slapped the magazine against his legs. “It’s fine, Giada. Forward me the flight details, and I’ll arrange transportation to and from the airport.”

The look in his eyes as he faced me was terrifying enough to convince me just to let him arrange a car.

“Have you always been this stubborn?”

Honestly, I had never been what one could consider low maintenance, but it was possible I’d gotten a little less malleable with age. When I snapped out of my thoughts, I realized Luca was still staring at me. His gaze hadn’t lost any of its intensity, but he no longer seemed annoyed.

I flipped onto my side so I could stare back. Two could play at that game. Luca’s eyes widened and then slowly worked their way down my body with a thoroughness that should be reserved for a dermatologic exam.

“Excuse me,” I said. “You couldn’t be a little more subtle?”

He outright laughed in response. 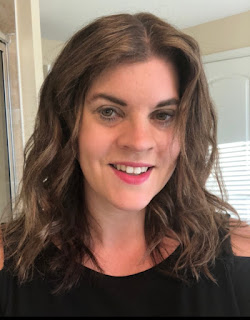 Liza Malloy writes contemporary romance, women's fiction, new adult romance, and fantasy. She’s a sucker for alpha males, bad boys, dimples, and muscles, and she can’t resist a man in uniform. Liza loves creating worlds where her heroine discovers her own strength and finds her Happily Ever After. When Liza isn’t reading or writing torrid love stories, she’s a practicing attorney. Her other passions include gummy bears, jelly beans, and the occasional marathon. She lives in the Midwest with her four daughters and her own Prince Charming. Her books are available in both paperback and ebook, and can be found on Amazon, Apple Books, Barnes & Noble, Kobo, Google Play, and more!

Thanks for sharing Mafiosa Princess! I'm so excited about this book. I'm happy to answer any questions from readers here also!