It's a blurb blitz and you won't want to miss it. For Nancy Fraser's book, Christmas Carole. You'll want to stick around because there are prizes to be won. Like? Nancy Fraser will be awarding a $20 Amazon/BN GC to a randomly drawn winner via rafflecopter during the tour. How cool is that? Want more chances to win? Then follow the tour. You can do that here: https://goddessfishpromotions.blogspot.com/2021/10/blurb-blitz-christmas-carole-by-nancy.html 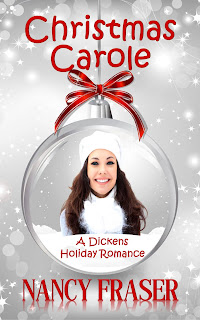 When divorced mother of two, Carole Kelley, moves herself and her children to Dickens, she figures the most difficult thing she'll have to face is providing a perfect Christmas for her 7-year-old daughter and 4-year-old son.

What she doesn't count on is Jaxon Matthews, Wil-Bar Toy's attorney and quite possibly the most infuriating man she's ever met.

Jax wants nothing more than to finish up his current workload within the next few weeks so he can pack his bags and leave for his usual solitary Christmas on Grand Cayman Island. His plans are quickly derailed when a big contract falls through, forcing him back to the negotiating table less than a month before the holiday.

His plans are further delayed when he meets Carole Kelley. Despite his best intentions to steer clear of any romantic entanglements, he can’t help but be drawn to the beautiful woman and her infectious holiday spirit... something he hasn’t felt in years.

Once he realizes getting to know Carole means competing with her two children for her attention, he’s ready to give up on furthering their relationship. What he doesn’t count on is the power of family, and the magic of the wish stick.

Now for an excerpt:
Law Office of Matthews, Baker, and Matthews
November 30th

Once Mrs. Gimble left his office, he let out a sigh of frustration. What else could possibly go wrong?

He’d spent over a month ironing out the kinks in the shipping contract between Flannigan and Will-Bar Toys. Now, on the eve of the signing, they were trying to pull a fast one. Flannigan wouldn’t have tried such an underhanded move, Jax realized, if his father were still alive and managing the Wil-Bar account.

Leaning forward, he balanced his head in his hands, his elbows on the desktop. He needed a break, his annual holiday vacation to Grand Cayman. It wasn’t going to happen unless he was able to tie up all the loose ends on the last three outstanding corporate contracts.

For the past six months, since his father’s passing, he’d been playing catch up, doing his best to manage the workload caused by not just his father’s unexpected death, but also the retirement of Thomas Baker, his other partner.

“Jaxon,” Mrs. Gimble called from the outer office, “Mr. Flannigan is out of the office until three. His secretary will have him call you when he gets in.”

“Thank you.” He laid his hands on the keyboard, intending to forward Flannigan’s email to Wil-Bar. Instead, he picked up his cell and punched the speed dial number for Rick Barrett’s office.

“No, she’s not available either.”

“Where the devil is everyone?”

The woman’s sigh slid across the line ahead of her explanation. “Today is Margaret’s last day, and everyone’s downstairs on the factory floor for her retirement party.” She paused, “Everyone but me, obviously.”

Jax pinched the bridge of his nose in an effort to ward off an oncoming headache. “I take it, you’re the new Margaret.”

Cold. Impatient. And, a smart mouth.

“I really need to talk to Mr. Barrett as soon as he’s available.”

“Who should I say is calling?”

Oh... god... would this day-long nightmare ever end?

“Listen... uh... Carole. I realize, you’re new, maybe this is even your first job. No doubt you’re overwhelmed. Can you just give Mr. Barrett my message? Tell him it’s important.”

“No, that’s okay, Carole. My name will be enough.”

“Thank you for calling Wil-Bar Toys, Mr. Matthews. I’ll be sure to let Rick know you called.”

“Rick? Is that any way to address your new employer?”

He could have sworn her heard her smirk.

“I’m sure he’ll be fine with it. He really only hates it when I call him Ricky.” 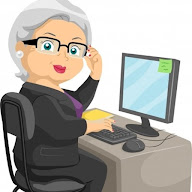 NANCY FRASER is an Amazon Top 100 and Award-Winning author who can’t seem to decide which sweet romance genre suits her best. So, she writes them all.

I love the cover, synopsis and excerpt, this sounds like a wonderful holiday story and I am looking forward to reading it. Thank you for sharing the author's bio and book details

Thank you for hosting this stop on my tour. I look forward to checking back later for comments. I'd also love to hear from your readers about their favorite holiday tradition.

The excerpt is so fun, thanks for sharing. The book sounds really good. I am a fan of single parent romances. Happy Holidays!