It's a virtual tour and you're invited to come along! Check out Storm Warning by Thom Collins. You'll want to keep reading. Why? This book looks fantastic. Plus, there are prizes to be won! Like? Thom Collins will be awarding a $20 Amazon or Barnes and Noble GC to a randomly drawn winner via rafflecopter during the tour. Want more chances to win? Then follow the tour! You can do that here: https://goddessfishpromotions.blogspot.com/2020/09/nbtm-storm-warning-by-thom-collins.html

Jamie Johnson is going to sea for the first time in his life. Atlantic Star is one of the most luxurious cruise ships in the world, and a two-week trip to Iceland offers Jamie the perfect escape. His life has been on hold since the death of his husband and a working holiday onboard a state-of-the-art ship is an opportunity to explore the world he’s been hiding from. A chance to think about his future and decide what he wants to do with the rest of his life.
When Dexter Fordyce steps onboard, all he wants is a good time. The cruise is his first holiday in years, and workaholic Dexter is ready to relax and enjoy himself. If he can manage a little fun with someone like Jamie, even better. Jamie is flattered by the attention. Dexter is handsome, charming and great fun and proves impossible to resist.
Jamie’s hopes of romance died with his husband. The prospect of a shipboard passion is attractive, but Jamie’s heart has been broken for too long and he can’t take the risk of falling in love. With stormy weather ahead, the two men are set for a voyage they will never forget.
~~~~~~~~~~
Now for an excerpt:
Jamie gazed at Dexter again. From his expression, bemused embarrassment, he appeared to share Jamie’s feelings on the matter. Their eyes locked, lingering for a long moment. Jamie looked away before any of the others noticed the exchange.
Maybe Dexter wasn’t as young as he first thought. There were lines around his eyes, suggesting maturity, which put his age in his thirties rather than twenties. Was there just a hint of grey at the temples of his otherwise jet-black hair? Jamie couldn’t be sure in the soft light of the restaurant. There were seductive shades of hazel and amber in his eyes, very like his mother. He didn’t know what his father looked like, but Rachel was right about Dexter inheriting some of Davina’s striking looks.
Whatever his background, Dexter didn’t share Davina’s accent. There was no trace of America in his voice. The soft, southern delivery suggested an upbringing exclusive to England, most likely a posh area of London.
It was impossible for Jamie to keep his eyes off him. Dexter was the most attractive man he’d met in years.
~~~~~~~~~~~~~~~~~~
Time for an Interview!
1. Describe yourself in three words.
Committed. Driven. Ambitious. I think it would be impossible to write a book without those three things. In the past, when I haven’t had the commitment or drive, I’ve been left with piles of barely started manuscripts. These days, I don’t allow myself to get distracted or to abandon a story because I have another idea. A great idea with still be great once I finish the thing I’m writing. There’s no reason to abandon a project for another one.


2. Cast your book. Tell us who would play the main characters in a movie and why (send pictures!).
This is easy because for most of my characters, I cast them before I begin, and keep pictures of the actors to hand while I’m working. So, for Jamie, I’ll have Jamie Lomas, a British soap opera actor. Dexter would be Alfred Enoch, who was in the Harry Potter films, and his fabulous mother Davina would be Shelia Ferguson, from The Three Degrees. 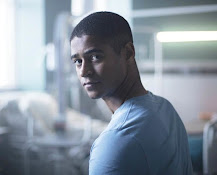 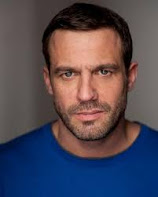 3. What’s your favorite love scene from a movie?
This will sound strange because I haven’t seen the movie, but in Cocktail, there’s a scene when Tom Cruise and Elizabeth Shue make out under a waterfall. I only know this from the video of the Beach Boys song Kokomo which features in the film. I watch the video all the time on You Tube and that scene looks fun, glamourous, exotic and very sexy. I love it when they both slip off their swimming costumes beneath the water and fling them away.


4. What’s your wildest fantasy?
I don’t really have one. I indulged most of them in my twenties and got it out of my system back them. Threesomes, groups, fetish clubs – been there, done that. So, these days, I think I’ll just say – making out with a young Tom Cruise under a tropical waterfall. That will do nicely.


5. If you were to lose one of your senses, which would you rather lose and why?
I’m quite superstitious so I’ll pass on this one. I feel whatever I say could jinx things for the future.


6. What is the naughtiest thing you did as a kid?
One thing leaps to mind. We used to have an annual summer gala where I lived, and each year a local celebrity would come to kick things off. Because it was a fishing community, a local child would be chosen to present the celebrity with a dressed salmon as part of the opening ceremony. When I was about seven or eight, I was chosen to present the fish. The celebrity was a local newsreader and I didn’t like him at all. After a lot of drama during which I refused to go on stage, my mother eventually dragged me on. All I remember is dashing forward, throwing this salmon straight at the newsreader, and running away. I wish we’d had phone cameras back then, because I’d love to see his reaction to that again.

Boxers or Briefs? Briefs
Top or Bottom? Versatile – why limit yourself?
Pajamas or nude? Nude
Hairy chests or smooth? Hairy
Alpha or Beta? Argh. My most hated words in the whole romance genre. I would banish both from our vocabulary. Sorry.
Honestly, I can't say I blame you on the alpha/beta thing. It's not my favorite contrast, either.
About the Author: 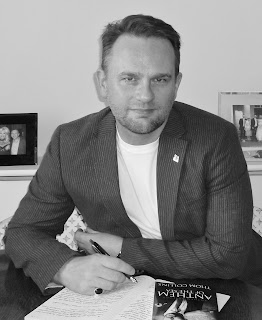 Thom Collins is the author of Closer by Morning, North Point and the Anthem Trilogy. His love of page turning thrillers began at an early age when his mother caught him reading the latest Jackie Collins book and confiscated it, sparking a life-long love of raunchy novels.
He is currently working on a new series.
Thom has lived in the North East of England his whole life. He grew up in Northumberland and now lives in County Durham with his husband and two cats. He loves all kinds of genre fiction, especially bonk-busters, thrillers, romance and horror. He is also a cookery book addict with far too many titles cluttering his shelves. When not writing he can be found in the kitchen trying out new recipes. He’s a keen traveler but with a fear of flying that gets worse with age, but in 2013 he realized cruising is the best way to see the world.
Check out his website for news updates and a free ebook The Night
Links:
Website: www. thomcollins.co.uk
Twitter: @thomwolf
Instagram: ThomCollinsAuthor
Email: thomcollinsauthor@aol.com
~~~~~~~~~~~~~~~~~~~~~~~~~~
Storm Warning Links
Amazon USA
Amazon UK
Amazon CA
Amazon AU

I liked the excerpt. Thank you for sharing.

I enjoyed your interview.

The book sounds so cute! I'm adding it to my TBR (To Be Read) list! Thanks for sharing an excerpt! I hope Jamie doesn't get his heart broken!