It's a tour! For what? Wild Wales by Patricia Evans Cox. Check it out! There will be an interview below, too, so keep reading. Also, there's a contest! Yeah! What can you win? Patricia Evans Cox will be awarding a $20 Amazon or Barnes and Noble GC to a randomly drawn winner via rafflecopter during the tour. Want to learn more? Then follow the tour. You can do that here: https://goddessfishpromotions.blogspot.com/2020/07/vbt-wild-wales-by-patricia-evans-cox.html 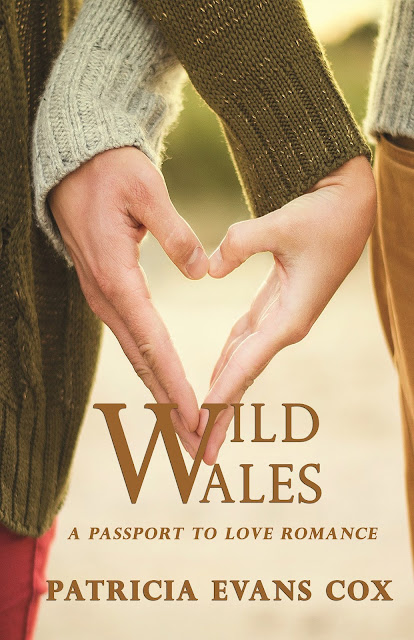 Aisling Moss is balanced on the crystal edge of success as one of the most sought-after wedding planners in London…until one ill-advised move brings her career crashing down around her feet like a toppled tower of champagne flutes. The next day, a letter from a family solicitor arrives at her flat, and she has to choose between picking up the pieces of her career in London or taking the next flight to Wales to honor the wishes of someone she loves.

Finn Morgan was forced to end her fighting career after an injury sidelined her dreams of being a star in the cutthroat world of professional women’s boxing. Her job as a short-order cook in a Brooklyn diner certainly doesn’t compare, but it also doesn’t require her to think about what she wants to do with her life. Sleeping with her boss’s wife and spending quality time with a punching bag is all she needs, until the day she comes home to find a letter from across the pond, surrounded by a pool of warm sunlight, on her entry table.

Once in Wales, long-kept secrets and unexpected demands surface for both Finn and Aisling, and they are forced to make hard decisions about their futures: Do they return to rebuild the lives they had, or take a chance on love in wild, windswept Wales?

And the interview:
Describe yourself in three words.
Honorable. Brave. Wild.

Cast your book. Tell us who would play the main characters in a movie and why.
I attached pictures of Niina Haendricks and Aisling O’Keefe. Neither is famous, just regular people… but just look at them! 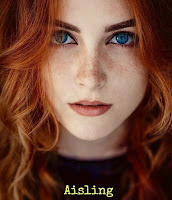 The book is set in Wales, so Aisling fits perfectly with that ivory skin and gorgeous Celtic look, and the character of Finn is a butch semi-pro boxer from Brooklyn, so Niina is perfect for her.
Personally, I wouldn’t kick either out of bed, which is what I was going for.
I do tend to go for a butch/femme dynamic, but not all my books have it. My third novel, Innis Harbor, was a departure and a step into the unknown for me, and one of the androgynous main characters was based on Erika Linder.

What’s your favorite love scene from a movie?
It has to be the first sex scene in Below Her Mouth. It was real, brave, authentic and an absolute first in lesbian cinema. I’m so proud of April Mullen, who directed the movie with an all female crew, and shot the sex scenes the way I hope I’m brave enough to write them.

What’s your wildest fantasy?
(Um…. Is this a real question? Because I’m going to answer like it is.;)
My wildest fantasy….someone who knows how to take me over in bed. I’m a top, so that’s rare.

If you were to lose one of your senses, which would you rather lose and why?
Well, I’m already hearing impaired, so I wouldn’t mind losing the rest of it, there’s not much to lose. I lip read well and roll with it like a pro. Until everyone started wearing a mask, anyway.;)

Boxers or Briefs?
Sheer black lace panties with a matching bra. Does that count? I have a lingerie collection to rival Victoria’s Secret.

Top or Bottom?
Oh wow. The million dollar question. I am definitely a top… I’ll have your wrists tied to the headboard before you can even blink. I’m big on consent though, as everyone should be. I’ll ask you twice and make sure you have a safe word, but beyond that….brace yourself. I’m a little more dangerous than I look.

Alpha or Beta?
What do you think? Beta in the streets, Alpha in the sheets.

Aisling spoke slowly, more to herself than to Finn. Her voice trailed off, but she snapped back to reality after a few seconds and looked back at Finn across the kitchen.

“I kissed the wrong person, I guess.”

Finn waited for her to go on, but she didn’t.

“How do you lose an entire career from one kiss?”

Aisling smiled, letting the silence speak for her.

She laughed and pulled the pen out of her hair. “Um, no...not the groom.”

Aisling ran her fingers through her hair and loosened the waves until they fell over her shoulders. “It was the bride.”

“Wow.” Finn shook her head, smiling, and folded what was left of the charred cardboard box into the trash. “I did not see that one coming.”

“I thought not. Most people don’t.”

Finn smiled and stepped into the living room, then leaned back in as soon as she passed the doorframe.

“This fire is beautiful. Did you do that while I was folding myself into the bathtub?”

Aisling didn’t answer, just walked slowly into the room, where a cheerful fire crackled and warmed the air. When they’d walked into the house an hour ago, it had been empty and dark, but now the entire room looked gilded, as if the firelight had melted into gold over every surface. Once again, the hearth had been swept clean and even the dented copper bucket next to the fireplace had been filled with freshly cut wood. Aisling stared into the flames, then slowly raised her eyes over Finn’s head and up to the ceiling.

“What are you looking at?” Finn said, following her gaze to the cracked plaster ceiling arched above her head, secured at the apex with an unfinished wooden beam.

“Nothing,” Aisling replied, her eyes scanning the room, half expecting to see the golden orbs of light she’d seen in the castle. But there was nothing. “Just a memory, I guess.” 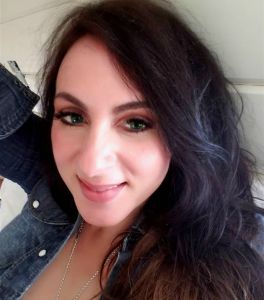 Patricia has been slinging ink and falling in love with characters since her boarding school days, and continues to write in her hometown of Eureka Springs, AR.

Her handmade tiny home in the forest, strewn with leather journals and forgotten cups of tea, serves as her writing studio. Her dogs Dublin and Snoo do their best to help by snoring loudly at her feet.

Patricia has lived in Ireland and England and returns there frequently to write, as well as to a much loved tiny island off the coast of Glasgow, where the owner of the local pub saves her the red velvet chair by the fire.

More of her writing can be seen at her website, www.tomboyinkslinger.com