This post is part of a virtual book tour organized by Goddess Fish Promotions. Bill Blodgett will be awarding a $25 Amazon or Barnes and Noble GC to a randomly drawn winner via rafflecopter during the tour. Click on the tour banner to see the other stops on the tour. 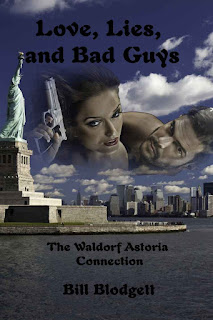 When US Marshal Jay Stonewalker sees a possible terrorist comment in a chatroom frequented by anti-government radicals suggesting a nuclear threat to New York City, specifically the Waldorf Astoria Hotel, he can’t get it out of his mind. Against his boss’s orders he heads off to NYC to investigate on his own time. While there he follows a suspicious character into a secluded recess of the New York Subway system and foils what he believes is the terrorist event. In a shoot-out with his suspect he’s wounded and calls the NYC PD for backup. When he sees NYPD Detective KC Daviau and other uniformed officers slipping into the darkness from the subway platform he’s relieved, but to his surprise he’s met with resistance and disrespect by Detective Daviau. Against his objections, KC takes custody of the evidence and leaves the scene. When Jay asks an officer if she is always that way he’s told that, “Since her parents died, she’s been… let’s say… a little cold.” When they are assigned to work the case together, KC’s icy exterior soon begins to melt away as they begin to fall for each other, but KC has to hold back. She has a dark secret and knows he can’t ever know her truths because if he did he would hate her just as she hates herself for what she’s about to do.

"Because the Waldorf Astoria in New York is their flagship and it’s the symbol of everything that is America. They tried to bring the towers and the World Trade Center down in an unsuccessful attempt in nineteen ninety-three, but managed on September eleventh, two thousand one. What makes you think they won’t try something again? Their hate runs deep.”

“Jay, let it go. Maybe it’s just a disgruntled guest that had a bad experience after spending oodles of money there. Please let it go for your own sanity.” She pleaded and hated herself at the same time. How can I make such beautiful love with this man yet still lie to him? There must be something drastically wrong with me, but it’s too late to turn back now. She knew it wasn’t a terrorist’s threat. It was just her and her merry band of anti-nuclear activists making the world safe. She began to lather up his chest with a loofa body puff and watched as he closed his eyes.

He opened his eyes slowly. “I can’t just let it go. Maybe Gary wasn’t involved with the original chatter I found, but maybe he was. Maybe it’s a whole other source of crazies wanting to take a shot at the Big Apple. Maybe it’s the Russians….” Her heart skipped a beat while she tried to rationalize that Sergei and what Jay was alluding to was just a coincidence. Sergei was fighting the good fight. She was sure of that. 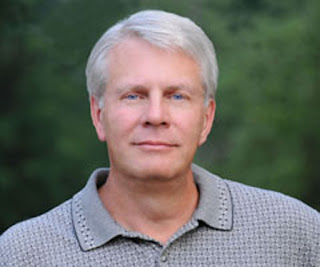 I still live in the community where I met and married my lovely wife, Janice. Actually, she lived around the corner from me and we both ignored each other until our teen years when the hormone thing kicked in and we suddenly realized that the cute little girl skipping rope and that goofy boy riding a bike had both grown up.

I enjoy hiking, kayaking, camping with my family, golfing, making candles, and restoring my antique European sports car, a 1972 MGB.

They say to write from what you know, so I do. I write of love, life and relationships. In addition to the romantic plot we all expect from a Romance novel all of my books deal with a real-world issue as a sub-plot that we all have had to deal in some manner in life, but not in a preachy way. I find that including this sort of theme helps me identify with my characters on a personal level. My hope is that the reader will also feel that connection with my characters.

I have four other published novels. Dead Or A Lie and Saint’s Sword are vampire Romances. Unrequited is a contemporary novel with romantic elements and received 4 stars from Romantic Times Book Review magazine. The Last Prejudice is a family saga that deals with the issues a family must address when a family member comes out.

I have been a member of the RWA and the Central New York Romance Writers since 2004 and have held various posts in my local group. By day I am a construction inspector for an engineering company.

Thank you for hosting. I'm looking forward to answering any questions your followers may have and will be checking back in on and off all day.