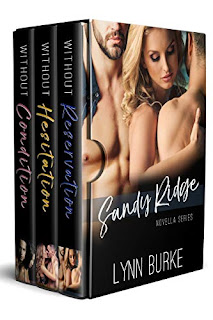 
Will a trip to Sandy Ridge change the friends’ lives for the better or worse?

Art studio vandalized and her mother in a fresh grave, Meg Winters heads off on vacation with her two best friends. She hopes for peace from her grief and the return of her muse. She doesn’t expect to run into the two men she idolizes, Trevor and Jack, the secretive wonders of the art world whose work she’s long admired. She certainly doesn’t expect them to be sex-on-legs gorgeous and determined to fulfill her number one sexual fantasy. They not only awaken her slumbering body, but also her creativity and the life she used to wield with her brushes.

However, Meg carries a secret of her own which holds her back from surrendering herself fully to their desires. Will Trevor and Jack be able to overcome her reservations, or will the truth of her past ruin their chance for love?

Dumped like a bag of misshapen clay four months before her wedding, grade-school art teacher Mindy Hughson has no intention of opening her heart to anyone ever again. Hookups and one-night-stands fill the ache of abandonment—but still leave her wanting.​

Attempting to find peace from the shattered pieces of her past, Mindy returns to Sandy Ridge where she's drawn to the cabin’s owner, Gage Hart. A carefree fling with a ripped hunk of fuck-a-licious beefsteak is just what she needs to fill the emptiness she feels inside. But Gage's sexy smirk, lone dimple, and deep stare demand more than just the press of her body against his. He wants her love. With his mere presence threatening her resolve to keep things simple, will the pain of her past force her to flee? Or will Mindy dare to open her heart to Gage without hesitation?

She sees past his facade into the man hiding his pain behind unbreakable rules and inflexible conditions, but even after the fiery chemistry between them ignites, she struggles to prove to him she is nothing like the woman who jaded him for life.

Heartbroken, Kayla decides on a vacation to help her peace of mind—and ends up at Sandy Ridge. With danger hot on her heels, can the man she turns to first recognize Kayla for who she is? Will he give her the chance she needs to let him know she wants him without condition, before it’s too late? 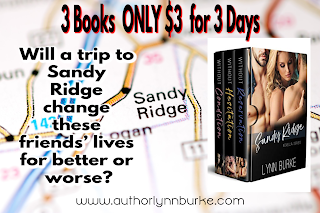 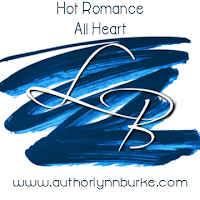