It's time for a book blast and this time the book is Shatter by Courtney Houston. Check it out! You can win prizes just for commenting. What's up for grabs? Courtney will be awarding a $5 Amazon or B/N GC to a randomly drawn winner via rafflecopter during the tour. Want more chances to win? Follow the tour! You can follow the tour here: http://goddessfishpromotions.blogspot.com/2015/09/book-blast-shatter-by-courtney-houston.html

I am going to do something that has never been done before. 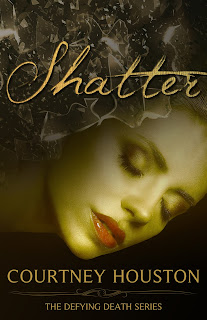 My name is Telor Conway, and I am going to destroy Death. Bring her to her knees in front of me.

The only thing I know for certain, is that nothing will come between me and my soul mate ever again.

I will fight for it, for her… for us. Even if it is the last thing I do.

I have thrown the gauntlet.

I recognized the house immediately. It wasn’t a place I let my mind wonder to often, it held to many bad memories to think about.  Lost my entirely family in this house. My father and brother to a drunk driving and my mother to a bitter, broken heart. All she had left was me, the daughter who looked like her father and reminded her so much of her other child.

I stood frozen in the walk way between the dining room and the living room. It looked so untouched, so abandoned. My mother was no where to be seen.

“I took her out of the dreamscape.” An achingly familiar voice said from behind me.

I turned to face Oliver. He had the same charming smile on that he always did.

“Can you read my mind?” I asked, he answered my exact thought with me saying anything.

“I don’t need to.” He came to stand next to me, staring out the large picture window in the dining room. Our backyard looked just as deserted as the rest of the house. Nothing moved, not even the wind. No bird or squirrels. The life outside our house was just as dead as the inside. “It’s written all over your face.”

Courtney lives in Kentucky with her husband (Mr. Houston), her two boys (Emmett and Ellis), her two cats (Polly and Jed) and her 3 chickens. Legal Assistant by day and writer by night, 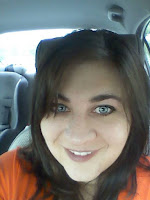 Courtney enjoys pancakes, coffee, wine and the number 26. She's a Leo, at least that's what the tattoo on her back says.