Katherine Whitton doesn’t purposely avoid men and relationships, but she doesn’t mind that side effect of immersing herself in her job with the San Francisco Blaze. Years ago she was betrayed by her one true love, and she’s never fully recovered, though she’s tried by building a new life in a city she loves. 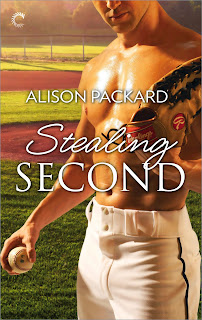 It’s taken seventeen years for Tom Morgan to get over Katie—Katherine now. Sober now and faced with the incredible opportunity to manage the Blaze, he thinks he’ll finally be able to handle working with this beautiful woman without falling to pieces…as long as she doesn’t get too close.

A crisis with the team's star pitcher forces Tom and Katherine to put in long hours together. Years of animosity melt away as the sexual tension between them ignites. But it’ll take more than scorching kisses to avoid the wreckage of the past. And neither Tom nor Katie are sure they’re ready to trust each other or risk their hearts for a second chance at happiness.

“Dance with me.” The low tone of his voice sent a shiver up her spine.

For what seemed like forever she couldn’t speak. She glanced at the couples swaying to the romantic music, and her heart started to pound at the thought of Tom holding her in his arms, of being that close to him after so many years.

“I don’t like to dance,” she said, finding her voice.

His eyes glinted with something resembling amusement. “That’s not how I remember it.”

“Prove it.” He extended his hand. “Dance with me.”

“Fine,” she said. No one knew of her prior relationship with Tom, and she didn’t want them to. Causing a scene would only start rumors. And there were enough of those going around already.

With an exaggerated sigh, she returned her phone to the table and ignored his hand as she rose to her feet. He inclined his head, motioning her forward. Every nerve in her body tingled as he followed her to where the other couples had congregated.

The second she turned and faced him and he put his hand on her waist, her heart skipped a beat, then kicked into full-on pounding mode. He reached for her hand, gloving it in the warmth of his, and lifted it as he pulled her closer. Instinctively, she raised her free hand and rested it on his shoulder.

Looking past him as they began to dance, she held herself rigid and tried to distract herself from his scent—clean with a hint of soap. How was it possible he smelled exactly the same as he had seventeen years ago? And how was it possible she’d never forgotten it?

To her right, she glimpsed Kelly and Matt swaying to the music, gazing into each other’s eyes like no one else existed. And next to them, Angie and J.T. were just as engrossed in each other. All the love in the room was making her ill.

Even in four-inch heels, she had to lean her head slightly back to meet his gaze. “I am relaxed.”

His lips quirked with amusement. “If this is relaxed I’d hate to see you when you’re tense.”

“If I’m tense it’s because you’re crossing boundaries you have no business crossing.”

Annoyed, she leaned toward him and whispered, “Don’t call me that.” Too late, she realized her mistake. He slipped his hand to her back, anchoring her against him. Now her body was in direct contact with his, and it reacted accordingly. Slow heat unfurled in her stomach and her nipples pebbled against the soft, satiny fabric of her bra.

He had lowered his head, his lips grazing her earlobe. Pleasurable goose bumps rose on her skin. Her instincts had definitely been on point. This dance was a bad idea. A really bad idea.

“Are you sleeping with him?”

“That’s none of your business.”

“Does he know you like to be touched like this?” Tom traced a finger up her spine. She let out a soft gasp and trembled. He chuckled, his breath warming her ear. “And what about that sensitive spot between your neck and your collarbone? Does he know about that?”

“What Adam knows about me, or my body, is none of your concern.” She pulled back. Another bad idea. The heat smoldering in his eyes sent the blood rushing to her ears, and for a moment all she could hear was the pounding of her heart. Quickly, she regrouped. “And furthermore, my sex life is perfectly adequate. Thank you very much.”

“Well, that’s a damn shame.” His mouth tipped in a lazy, sexy smile as he settled his hand on the curve of her lower back. Every nerve ending in her body went on instant alert as the warmth of his fingers seemed to burn through the thin fabric of her dress, straight to her skin. “’Cause I sure as hell don’t recollect you ever settling for adequate.”

“We’re dropping this subject right now,” she said in a stern voice. 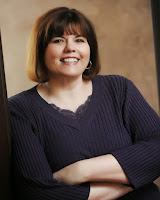 Originally from the San Francisco Bay Area, Alison now lives in Southern Nevada where she’s still getting used to the blistering summers and the slot machines in every grocery store.

When not working at the day job that pays the bills, keeps a roof over her head, and supports her book and chocolate habits, Alison spends most of her free time writing. But when she takes a break, she enjoys reading, watching movies, and spending time with her family and friends.

Thanks for featuring Stealing Second on your blog today!

I love sports romance books and this sounds great! I can't wait to read it..thanks for sharing

I have enjoyed learning about the book. Thanks for sharing it.

The excerpt was amazing! This sounds like a fascinating book! Thank you for the great post and contest!

I loved the excerpt and can't wait to read the book.