Sunday Snoggin with Learning How to Bend

Time for a Sunday Snog!!! How about one from one from the vault? Here's one from Learning How to Bend. I still love this story. 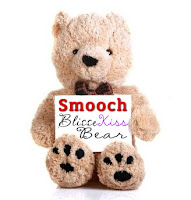 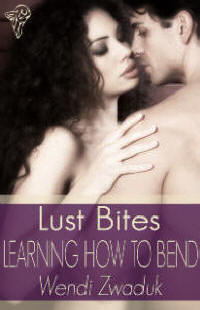 Hell, she’d yearned to touch Nate from the day she met him at Seth’s college graduation. Starting with his big feet and sculpted calves to his bronzed shoulders and piercing green eyes, she’d felt drawn like a moth to a flame. But being a happily married woman meant no contact with another man, including her husband’s friend. With both men involved, she could be a vixen and explore her limits. Seth always did mention he’d love to try a ménage a trois, especially with Nate. Why not now?
She handed the six-foot tall, sandy-haired hunk the bills. “Here you are.” Knowing Seth watched from behind, Abby wrapped her arms around Nate’s muscle-corded neck. “And this is your tip.” She pressed her lips to his.
“Are you certain Seth’s cool with it? He’s squirming.” Nate stepped back and stole a glance at Seth. His voice wavered a bit. “I know we talked about it, man, but that was before you married Abby. I gotta tell ya, I’m in.”
Abby looked at Seth. Her brows rose a fraction of an inch. Seth and Nate discussed her, or rather sex with her. She should’ve felt insulted, but instead a burst of raw desire and longing rushed straight between her thighs. Her lips parted. Was she in accord with the situation? She wanted Nate, yes, but she also needed Seth as much as she had the first time they made love. “What do you think, Seth?”
The fire of possession burned in Seth’s eyes. He dipped his head, making her heart rate race into warp speed.
Nate’s jaw muscle clenched and unclenched. “Oh yeah, Seth wants it. He’s coming unglued. Yeah.”
Abby’s voice dropped to an octave she didn’t recognise as her own. “I am interested in both of you.”
As if it were second nature or something they’d done before, Nate lowered his lips to hers in a deep kiss. She leaned into him, melting at his touch and exploring his mouth with her tongue. He tasted like cola and mint gum and smelled sweet, like warm pizza dough. She longed to see the expression on Seth’s face and pictured it in her mind. He loved to watch couples on television engage in sexual activities. The idea of him watching her made the act with Nate so much hotter.
Nate’s hands skimmed over her shoulders and her collarbone down to the sensitive peaks of her breasts. She gasped. Not quite like Seth, but not bad either. His calloused fingers moved down her stomach and smoothed along the crack of her ass, sending tingles through her system at warp speed.
Abby hooked her fingers into the waistband of Nate’s jeans, pulling his shirt free so she could explore his rock-hard stomach with her hands and lips. I’m so far out of my comfort zone… but I like it.
“Honey, Seth’s sportin’ a tent.”
She opened her eyes to take in the look of pleasure on Nate’s face. “So let’s give him a show. I want him so hot he can’t keep away.”
“Yeah.” Nate panted. “I forgot he likes to watch.”
“He does, and I want to titillate him.”

You could be eligible for a complimentary $1,000 Amazon Gift Card.