It's a blog tour for Maria Imbalzano's book, Return to Wylder. You'll want to stick around because this is a great looking book! You could also win prizes. Like? Maria Imbalzano will be awarding a $15 Amazon or B/N GC to a randomly drawn winner via rafflecopter during the tour. Want more chances to win? Then follow the tour. You can do that here: https://goddessfishpromotions.blogspot.com/2022/05/excerpt-tour-return-to-wylder-by-maria.html

Return to Wylder
by Maria Imbalzano 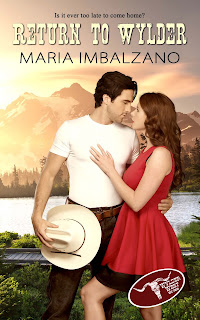 The untimely death of EJ Hampton’s father kills her dream of practicing law with him in her hometown of Wylder. Heartbroken, she now has two weeks to organize the practice for sale. When she meets her father’s millionaire client Dylan Addison, he is demanding and entitled—yet his charisma captivates her.

Dylan is under pressure to renovate the Wylder Hotel before his father pulls the plug on his project. He needs EJ’s expertise, but she is bent on returning to her life in San Francisco despite the fireworks between them.

EJ walks a tightrope trying to balance Dylan’s needs against her own, but doing so is far more complicated when emotions get in the way.
Now for an EXCLUSIVE Excerpt:

“What do you know about Dylan Addison’s case?” I was meeting with Bryce first thing Wednesday morning, with the goal of reviewing every case in the office to see which ones needed immediate attention. My secondary reason was to start evaluating the worth of those cases for a potential sale. Bryce groaned. “He needs the construction permits. He paid your father a huge retainer to do all the legal work necessary to get the Wylder Hotel up and running again.”

“We hit a bump. Dylan received a letter from the permit department that the permits are being held up until he applies for a variance for the storage area he’s adding on.”

“That’s not good. Your father told him his application would go through without a variance.”

Of course he did. “My father knew all the players at the municipal building, and apparently, he was able to deal with them because of his personal relationships. I went down there yesterday to try to push it through, and Adam Colton, the permit officer, initially said the rules are the rules and we need a variance. When I pressed him, he said he’d think about it and let me know on Friday. Do you know Adam?”

“A little. From around town. Seems like a nice guy. Real estate is not my area of expertise, so I’ve never dealt with him in an official capacity.”

“Maybe I should have sent you down there to talk to him instead of me. He’s still holding a grudge against me from our high school years.” Adam’s memory of my shortcomings was a little too long and his attitude retaliative. “He said I’m not nice like my father was. Can you believe it?”

Bryce laughed, the corners of his eyes crinkling. “From what I understand, none of the local government officials give out-of-town lawyers a break on anything.”

“But I’m Hank’s daughter. Working for his clients.”

He shrugged. “Doesn’t matter. You now have two black marks against you. Outsider and not nice.” 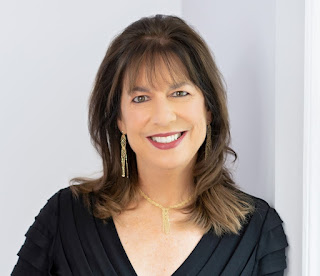 Maria Imbalzano is an award-winning contemporary author who writes about strong, independent women and the men who fall in love with them. She recently retired from the practice of law, but legal issues have a way of showing up in many of her novels. When not writing, she loves to travel both abroad and in the states. Maria lives in central New Jersey with her husband--not far from her two daughters and granddaughters. For more information about her books, please visit her website at http://mariaimbalzano.com where you can also sign up for her newsletter.

Find the Author on Social Media:

Get Your Copy here:
Amazon - https://www.amazon.com/Return-Wylder-West-Maria-Imbalzano-ebook/dp/B09VZTB93D/ref=sr_1_7

Universal Link - https://books2read.com/u/4ELWkz
a Rafflecopter giveaway
Posted by Wendi Zwaduk and Megan Slayer at 12:00 AM

I love the cover, synopsis and excerpt, Return to Wylder is a must read for me and I am looking forward to it. Thank you for sharing the author's bio and book details

Hi Sherry: Have a nice weekend. I went to see "Where the Crawdads Sing" today and it was really good. Loved the book when I had read it a few years ago.

Hi Bea: I hope you have a nice weekend as well. I have a lot of reading to catch up on .

Hi Wendy: Thank you for hosting me.