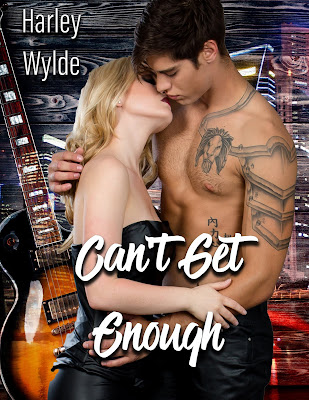 
When Sinful Seduction made it big, my life changed, and not always in awesome ways. The groupies were great at first, until one decided to fake a pregnancy and claim the kid was mine. My bandmates had my back, and while the woman backed down fast when I demanded a paternity test, it still shook me. I knew it was time for another change, one where I kept my pants zipped. And then I saw her across the bar… the goddess with golden waves, and her sexy little librarian outfit. I knew she was different, and I wanted to make her mine. Should have known better than to get drunk in Vegas. You know how they say what happens in Vegas stays in Vegas? Bullshit. Total and complete bullshit. But maybe this time my mistake will turn out to be the best thing that ever happened to me.


I dumped my cheating fiancée, hopped a plane to Vegas, and hit the latest writer’s convention. On what should have been my wedding day, I was throwing back drinks like they were fruit punch. To be fair, they probably had fruit punch in them. When I woke up the next morning with a hard body pressed to mine, and a silver band on a very important finger, I thought I’d screwed up more than ever before. Imagine my surprise when the wannabe rocker I married turned out to be even more famous than me --- and wait for it --- he wanted to stay married! Even with a battered heart, I still believed in happily-ever-after, but what could a rock star and a romance author have in common?

Chemistry… Intense, curl your toes, melt your panties chemistry. Relationships have been based on worse, right?

*WARNING: If you don’t like foul-mouthed bad boys, lots of hot sex, and an accidental marriage, then you should probably skip this book. 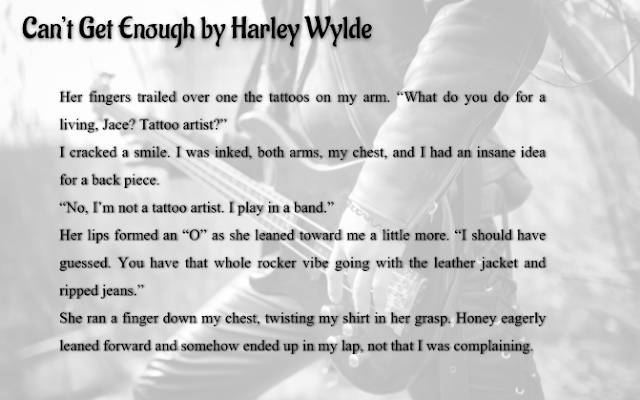 
I stared into the crowd, their faces and writhing bodies a blur under the multi-hued lights. Sweat rolled down my temples and my spine as the lyrics poured out of me, more out of habit than passion. Fierce Seduction had been at the top of the charts for the past year as we’d toured the country. My fingers flew over the strings of my guitar, the riffs to the songs coming as easy as the women screaming my name. I couldn’t look at them without seeing her face, the stupid cunt who thought she was going to catch herself a one-way ticket to stardom.

It had been the week from hell. A groupie I’d fucked nearly a damn year ago contacted my manager, threatening to go public if I didn’t pay her a million dollars to keep quiet. She claimed the baby she’d had two weeks before was my son, but I knew better. I was super fucking cautious when it came to fucking the whores who threw themselves at me. I not only wore a condom, but I usually pulled out too. No way in hell I was getting trapped by some gold-digging bitch.

Fuck. Would this concert never end? We were playing Vegas, and the venue was sold out. It was our last show before heading home on Monday. The band had agreed we’d play Friday night, then fuck around for two days on the strip before flying back to L.A. Best fucking idea ever. I wasn’t big into gambling, but the bar at the Bellagio was calling my name. I was certain they had several bottles of vodka with my name on them. I just hadn’t decided if I was celebrating the fact that the kid wasn’t mine or trying to drown myself over the fuckery that was my life. When you’d fucked enough women that they all blurred together, and your reputation was so tattered those same women thought they could blackmail you, then maybe it was time to get off the merry-go-round.

The last few bars of the song played out, our final for this show, and I couldn’t wait to get the hell off the stage. The fans screamed and catcalled, all of them wanting a piece of us. It had been a thrill a minute when the stardom had first hit. I couldn’t believe how lucky we’d been, or that we were finally riding the top of the charts. There was this huge rush when we took the stage, or when some hot college girl tossed her panties at me, or better yet, informed me she wasn’t wearing any. I’d definitely earned my reputation as a panty dropper. I’d been proud as hell of the way women fawned all over me, until that wake-up call last week. Nothing can kill your buzz quicker than some chick claiming she got knocked up with your kid, some faceless stranger you fucked and forgot. Hell, I wasn’t even sure I’d ever learned her name before bending her over.

Backstage, I snagged a bottle of water and guzzled the entire damn thing. Tossing it into the trash, I braced myself for what came next. The adoring fans who had backstage passes. A VIP room had been set up for the occasion, and I knew those women only wanted one thing. To lay claim to one of us for the night, hell, even for an hour.

“You in a hurry to get your dick wet?” Simon asked with a leer. “A room full of free pussy, and it’s all ours for the taking.”

“I’m signing some autographs then I’m getting the fuck out of here,” I said as I stormed down the hallways toward a fate worse than death.

“Since when do you turn away free pussy?”

“Since Rochelle.” I’d tried not to utter that cunt’s name, but it was ingrained in my memory ever since I’d gotten the letter from her attorney.

Simon winced. “That was some rotten luck, but it all worked out. You demanded that paternity test and proved her to be the fucking liar that she is. You’re not going to let one woman fuck with your head like that, are you?”

I shrugged and pushed through the doors to the VIP room. The squeals and shrieks assaulted my ears as about six pairs of hands reached for me. Revulsion rolled through me as I looked at their too-heavy makeup and skin tight clothes. Why had I ever been attracted to women like these? They were desperate and didn’t care who they hurt, as long as they got what they wanted. Me.

Signing whatever they thrust my way—paper, water bottles, boobs—I finally made my way through the crowd and out the doors on the opposite side. When I rushed outside of the venue, I ignored the screaming fans, trusting that security would keep them off my back while I disappeared into the night. I took several detours, making sure I wasn’t followed, and finally arrived at the Bellagio. I’d stayed here before when I wasn’t touring with the band, and as I stepped inside, it felt like the building was welcoming me back. The place was packed, but I managed to find a spot at the end of the bar. Hopefully out of sight of everyone but the bartender.

I motioned for him to come over and ordered six shots of vodka. They burned on the way down as I slammed one after another. It would take a hell of a lot more to get me shitfaced, but it was a decent start. The next hour blurred as I downed everything from vodka to whiskey to Jagermeister.  I felt warm, and loose, and completely blissed out by the time I noticed her.

My eyes took in the neat updo and the prim glasses perched on her nose. The way she sipped at the fruity drink in front of her made me think this wasn’t her usual scene. The dress she had on was sexy yet sedate. Fuck if she didn’t make me burn hotter than the god damn sun. Her lips, a succulent berry color, fit around the straw of her red drink, and I watched as her gaze flitted around the room. The jackass next to her was so fucking drunk he nearly knocked her off the barstool twice, earning the creep a glare that would have made a cross nun proud. I half expected her to whip out a ruler and rap his knuckles with it.

Whoever this angel was, I knew I wanted to find out more about her, and I sure as fuck wasn’t going to do that sitting way over here. I shouldered my way through the crowd and shoved the drunk off his stool before claiming it for myself. She blinked up at me in surprise, the blue depths of her eyes pulling me in. The angel licked her lips as she leaned a little closer.

“Thank you,” she murmured, a slight slur to her words. Just how many of those drinks had she had?
“I won’t knock you off your stool, but I can’t promise I won’t sweep you off your feet.”

What. The. Fuck. Did that shit really just come out of my mouth?

She giggled, and her cheeks flushed pink. It was the most adorable thing I’d ever seen. She had this sexy librarian vibe going and my fingers itched to get her out of that dress. Was she wearing plain cotton underneath or something lacy and hot as fuck? I’d never chased a woman before, but this little beauty was enough to knock me to my knees. Yeah, I’d gladly worship at the altar of…

She shrugged a shoulder. “Honeysuckle. My mother was a hippy.”

Oh yeah, I’d gladly worship at the altar of Honey. 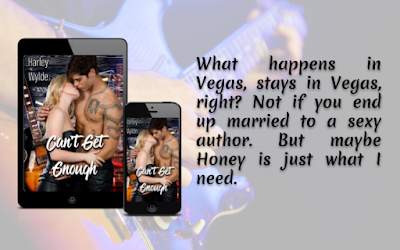 When Harley is writing, her motto is the hotter the better. Off the charts sex, commanding men, and the women who can't deny them. If you want men who talk dirty, are sexy as hell, and take what they want, then you've come to the right place.